Browserling lets you cross-browser test your local web applications without a need to deploy your apps to the public Internet. With SSH tunnels you can easily test your application in all the Browserling browsers. SSH tunnels are secure and easy to use. It will take you just a few minutes to get started if you've never used them.

Local testing on Linux and Mac

Local testing on Linux and Mac is super simple! These operating systems already come with the necessary SSH tools to use tunneling. Here's what you'll need to do:

How does local testing work?

This illustration shows how the local testing with SSH tunnels works in Browserling: 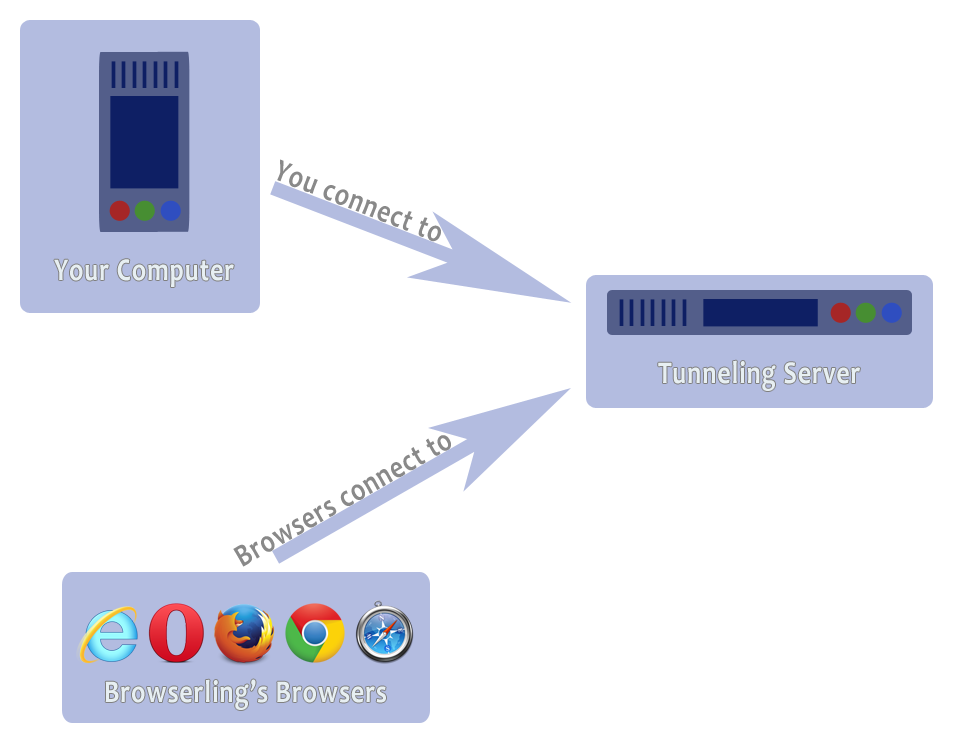 Do SSH tunnels work behind firewalls?

Yes, they do! When you run the ssh command (as described in the Windows, Mac, and Linux guides guides), it opens something called a reverse tunnel. What that means is that you're making the connection to our tunneling server, and then when you test your site in Browserling's browsers, the web connection goes to the tunneling server first, and only then back to your computer. The browsers don't make a direct connection to your computer, so it works even if you're behind a firewall.

I get password incorrect when I use the SSH tunnel

There are no passwords when using Browserling's tunnels. Authentication is done using your public key. If you get prompted for a password, that's not the password but your key's pass-phrase. The pass-phrase is what you used when creating the public/private key-pair. If you forgot it, then just follow the guides (quick links: Windows, Mac/OSX/macOS, and Linux), create a new public/private key-pair, and upload the new public key to our servers.

For technical support please contact us at support@browserling.com or use the support forum.