A few weeks ago we hired a comedian at Browserling to write us new and fresh jokes about web developers, web designers and browsers. He did a great job and we wrote these two blog posts about those jokes:

Here are the first few comics:

A web developer left a restaurant before ordering because he hated the menus. They were foldouts and he prefers dropdowns. 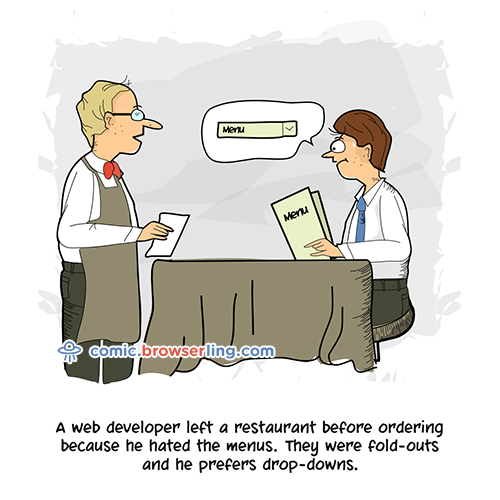 What did Times New Roman say to Comic Sans? ... "I hate your type!" 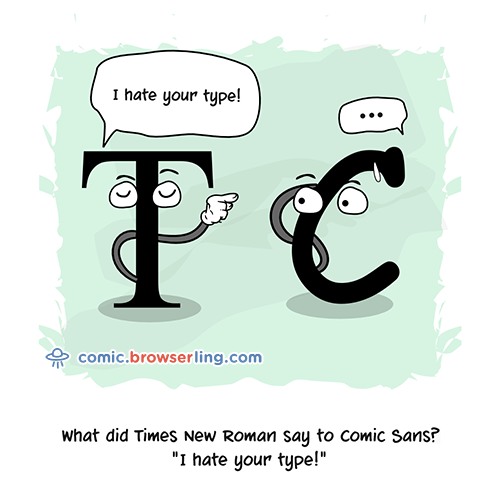 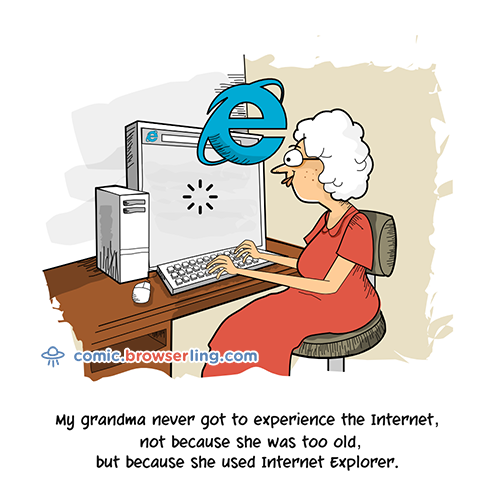 Have fun and until next time!