Chrome 18 has been released today and we at Browserling installed it on our browser cloud right away. You can already use it to test your apps. 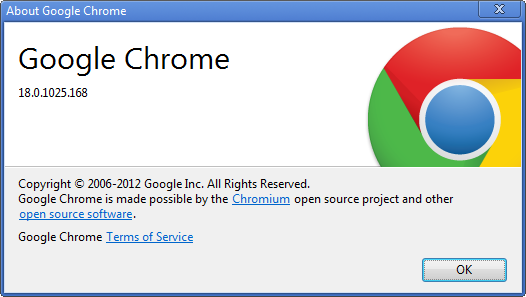 Google claims that the new GPU-accelerated Canvas 2D (Windows and Mac) will enable web applications such as games to perform better than a pure software implementation and therefore also allow developers to render more expensive gfx.

A visual improvement that makes the "new tab" stand out. Darker colors are more of a background colors and highlights are focused elements, which is what the button essentially is. This is the difference in the buttons between version 18 and the previous version 17.

Developer features and updates in Chrome 18

No critical security issues were fixed in the release.

Have fun cross-browser testing in Chrome 18!