Chrome 42 Added to Browserling
Posted by Peter Krumins on April 14, 2015

Just a few hours ago Google Chrome team released the stable version of Chrome 42 on Windows, Mac and Linux. We got a notification of the new release and 20 minutes later added Chrome 42 to Browserling. The new Chrome 42 browser is now available to all our paying and free customers. 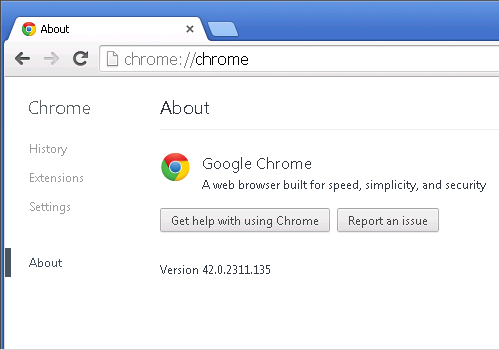 The biggest change in Chrome 42 is that it disables NPAPI support. The existing extensions requiring NPAPI plugins will be unpublished from the Chrome Web Store. All NPAPI plugins will appear as if they are not installed. They will not appear in the navigator.plugins list nor will they be instantiated (even as a placeholder). Although plugin vendors are working hard to move to alternate technologies, a small number of users still rely on plugins that haven't completed the transition yet. Google provides an override for advanced users (via chrome://flags/#enable-npapi) and enterprises (via Enterprise Policy) to temporarily re-enable NPAPI (via the page action UI) while they wait for mission-critical plugins to make the transition. In addition, setting any of the plugin Enterprise policies (e.g. EnabledPlugins, PluginsAllowedForUrls) will temporarily re-enable NPAPI.

Other significant changes in Chrome 42: