Chrome 41 Added to Browserling
Posted by Peter Krumins on March 4, 2015

Yesterday Google Chrome team released the stable version of Chrome 41 on Windows, Mac and Linux. We got a notification of the new release and within a few hours added Chrome 41 to Browserling. The new Chrome 41 browser is now available to all our paying and free customers. 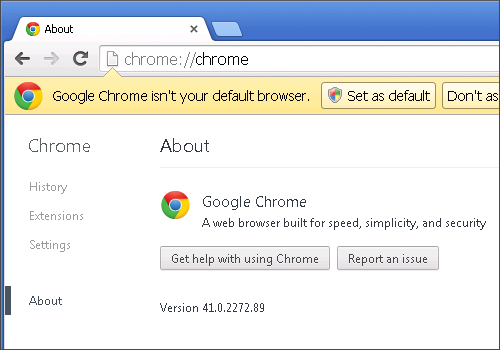