Mozilla just released Firefox 88 and we rushed to install it on our virtual browser cloud. In this blog post, we'll summarize the new features and changes in this Firefox version so that you know what to expect when cross-browser testing your webapps in it. 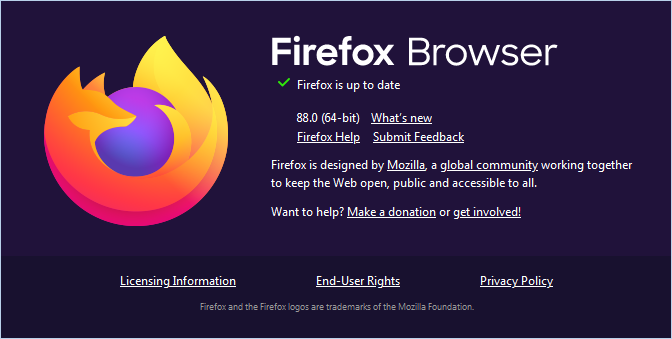 There's now a "Raw" switch in the developer tools that lets you switch between a raw JSON response and formatted JSON response. It can be found in the request/response tab:

Changes in Firefox 88 for Android