Hooray! Today is the Firefox release day. The new version Firefox 87 is getting released right now and we already grabbed it from Mozilla's FTP servers and installed it in our online browser cloud. It's ready for you to start testing! 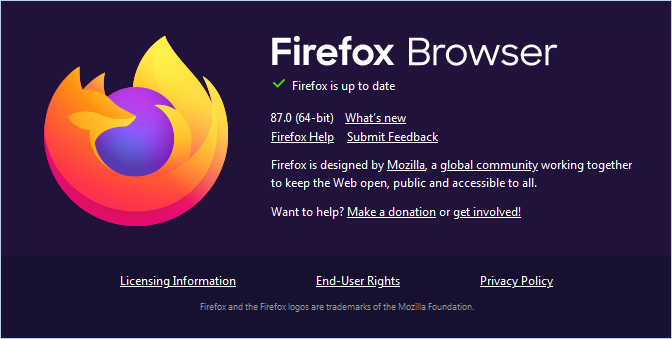 Firefox 87 brings many changes and improvements to web developers:

Changes in Firefox 87 for Android

Have fun cross-browser testing in Firefox 87!