Today, Firefox released a new version of the Firefox browser. It's Firefox 86 and we already deployed it on our cross-browser testing platform. You can already start testing your applications and websites in it. Here's what's new in Firefox 86. 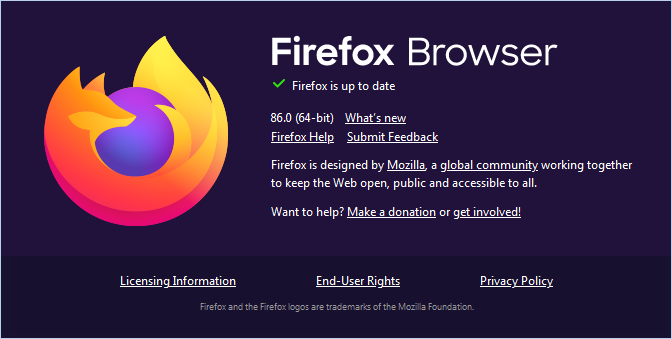 Firefox 86 has the following changes that are relevant to web developers:

Changes in Firefox 86 for Android

Have fun cross-browser testing in Firefox 86!