Firefox 84 has been released today on December 15, 2020, and as always, we are here to introduce you with the latest features and improvements to help you befriend your browser. We have also installed it to our browser cloud, so you can already start testing your apps in this new Firefox version. 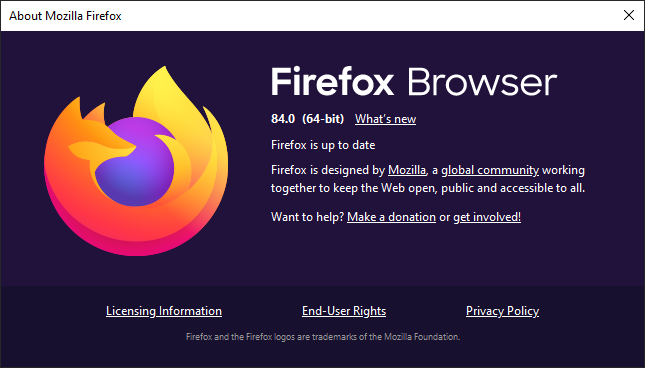 The following section describes the features removed in the latest Firefox 84 release.

The following section explains the new features in the Firefox 84 Android version. There might be some updates that are similar to the native app updates and hence to avoid duplication, those have not been mentioned here.

New Introduction in Firefox 84 for Android

Have fun cross-browser testing in Firefox 84!