Woohoo! Mozilla has a new release for us - Firefox 83. We rushed to install it on our cross-browser testing platform as we wanted you to be able to try it as soon as possible. 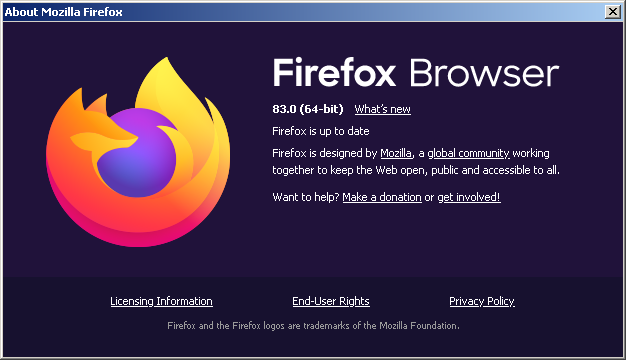 This release also includes a number of accessibility fixes:

Have fun cross-browser testing in Firefox 83 with Browserling!