Mozilla has a new release for us - Firefox 62 with a whole lot of new features and fixes. We just added it in our cross-browser testing platform. If you don't have Firefox 62 installed you can easily try it out on our machines and you can test your web apps in it as well. 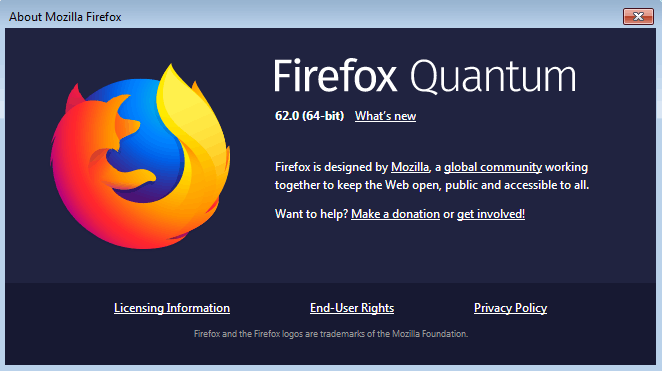 Have fun cross-browser testing your apps in Firefox 62 and Browserling!