Mozilla Firefox 61 is out! We just installed this version on our machines and it's ready for cross-browser testing and here is an overview of what this version is about. 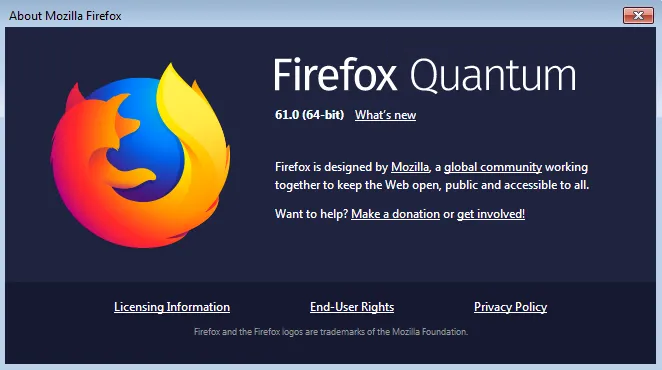 Changes for web developers in Firefox 61

Have fun cross-browser testing your apps in Firefox 61 and Browserling!