Today Opera 53 was released for all platforms. We immediately installed it on our cross-browser testing cloud and all developers can begin using it. Opera 53 is based on Chromium 66 and it also includes all developer changes specific to Chrome 66. 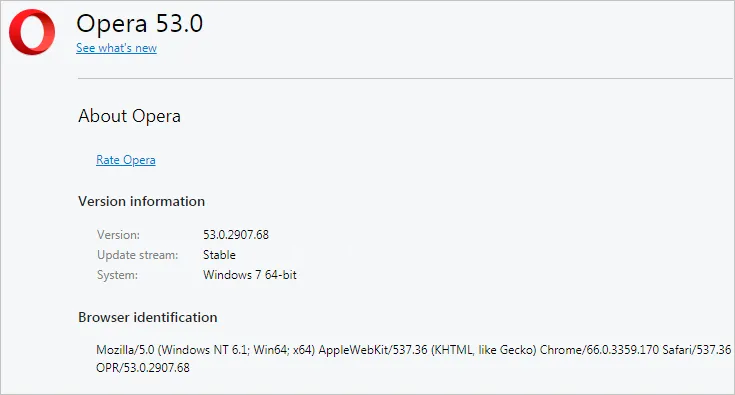 All Mac users using Opera had a huge issue with tabs. When you opened many tabs it was really hard to navigate through the many tabs opened - they were not that much separated from each other. Opera 53 fixes this by making the separators more visible and by allocating some space between them in the sake of cutting the tab icons a little. Also clicking on a tab will expand it more.

Nothing much to say about this renovation, just a little color here and there and the address bar is better-looking in overall.

Deprecations and Interoperability Improvements in Opera 53