Opera 51 has been released today for Mac, Windows and Linux and we also installed it on Browserling's browser cloud. Opera 51 is based on Chromium 64. For the first time Opera has been compiled with Clang. In this post we'll summarize browser features specific to Opera as well as developer features specific to both Opera and Chrome. 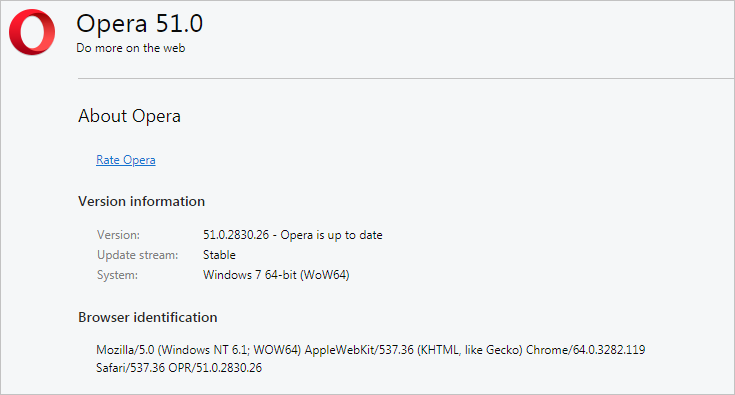 We challenged Opera 51 (running on HP Spectre with Windows 10) to a speed test against the latest Mozilla Firefox 58. The result: Opera is 38% better than Firefox. -- Official Opera blog post

Unique and interesting feature awaits for you in Opera 51. Plenty of popular websites such as Facebook or Twitter generate very long content to scroll through. Now you can simply click on the tab to scroll to the bottom of the page and click again to scroll back to where you were.

Today's Opera 51 release now has two collapsible lists for your open and recently closed tabs. Those lists are located in your tabs bar - far right side. This will declutter the right side of the browser after opening the tabs menu while also making it easier for you to locate a particular tab. Additionally, there is a new feature that lets you pin your tabs until opening the browser for a fresh session.

It is very useful to watch videos as a pop-up, because that way, you can surf around while still watching your videos (for example a Tutorial video). Opera 51 has implemented "Back to tab" link which gives you the ability to navigate back to the source tab playing the video. You will see this button by hovering your mouse over the title of the video. Your video will continue playing in the pop-out window after clicking â€œBack to tab.â€

Itâ€™s now possible to change the settings to run Adobe Flash on all sites without the site requesting to do so.

Resetting browser settings cleans all that up for you without deleting your bookmarks, history or saved passwords. Resetting Opera browser settings prior to Opera 51 was a burden. It required a long process of deleting the browser after saving preferences in a separate file. Developers at Oper has implemented a one-click reset button for this very purpose.

Opera now backups preferences in case you uninstall it or install a new version, you can access the saved preferences file at any time and it won't get overwritten.

Opera now now display your desktop wallpaper as a wallpaper in a new tab.

Import/Export button has been added in the expandable menu in the bookmarks manager. This is another way to import and export bookmarks from/to other web browsers. 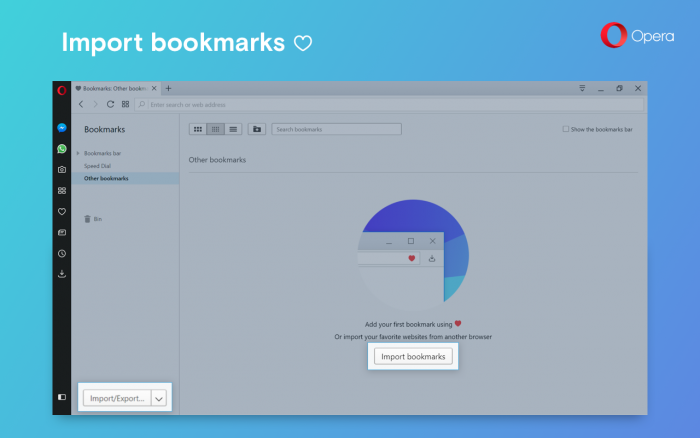 Deprecations and interoperability improvements in Opera 51