Chrome 64 has been released today. It took the Chrome team a little longer than a month to release it. We updated it in our browser testign cloud and you can test your webapps in it already.

This tool will give you a real-time view of both page load and runtime performance. You can use it to monitor CPU usage, JavaScript heap size, total number of DOM nodes and more. So if your customers or users are reporting that your app feels slow, now you can see how and why for yourself easily. 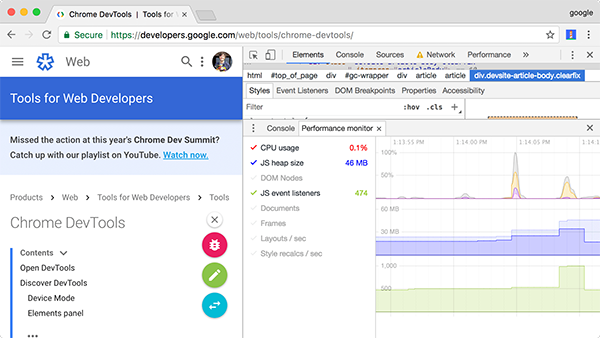 To use the Performance Monitor:

Usually sites make up too large of a traffic for the small sized console and you get spammed with messages that are of no interest to you. The Console Sidebar is useful to reduce the noise so that you are focused on what is important in the particular case. 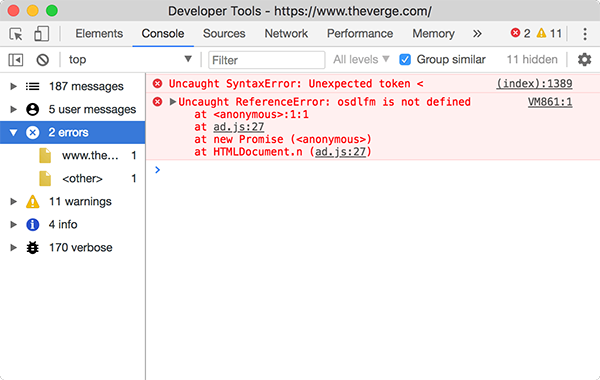 As you can see in the image above, the Console Sidebar can be used to display errors only. The sidebar is hidden by default, so you got to press Show Console Sidebar - this little icon:

to show it. You can very well use it to display contextually similar error messages putting them in groups.

Developer features and updates in Chrome 64

Have fun cross-browser testing your apps with Chrome 64 and Browserling!