Chrome is now adult - today version 21 was released. We just added it to our cross-browser testing cloud. 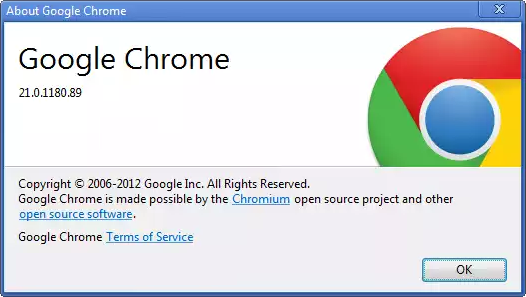 Chrome 21 adds support for Apple's "VoiceOver", which makes browsing easier for the visually impaired. This is good, because we were starting to think that Google only cares about the technical side of the browser and not the interaction with its users. Most of the other important features however, are under the hood.

What probably is mention-worthy is that Chrome still appears to play both types of HTML5 video, even though Google intended last year to ditch H.264 video support in favor of its own WebM codec. There are numerous reasons why Google could have decided so.

Developer features and updates in Chrome 21

Have fun cross-browser testing your code in Chrome 21!