Just a few days into new year and Opera has released a major new release - Opera version 50. This is the last Opera version to run under OS X 10.9. All the next versions will require at least OS X 10.10. Opera 50 is based on Chromium 63, therefore it is capable to do everything Chrome 63 does. This release is specifically notable for its new anti-Bitcoin mining protection, extended VR360 support for Oculus and other cool features. It's also already installed in Browserling, our cross-browser testing platform. 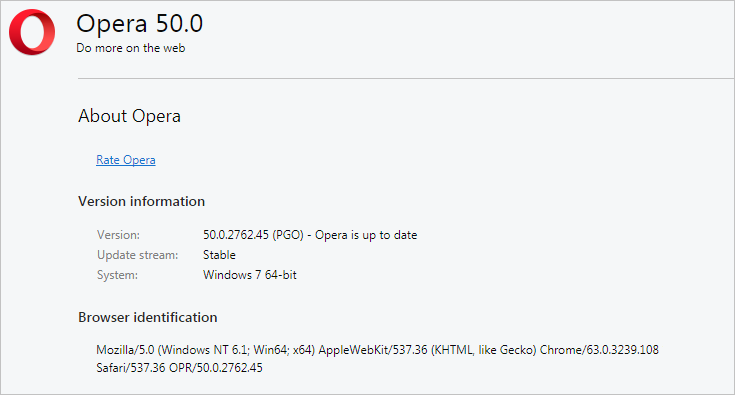 If you're following crypto news, then you'll know that that value of Bitcoin cryptocurrency is skyrocketing. Everyone wants to make an easy profit and as a result a lot of users put shady bitcoin mining scripts on their websites. This quickly depletes laptop batteries and slows down computers. Opera is the first browser so far to stop bitcoin mining on your computer.

This illustration pretty much explains it all: 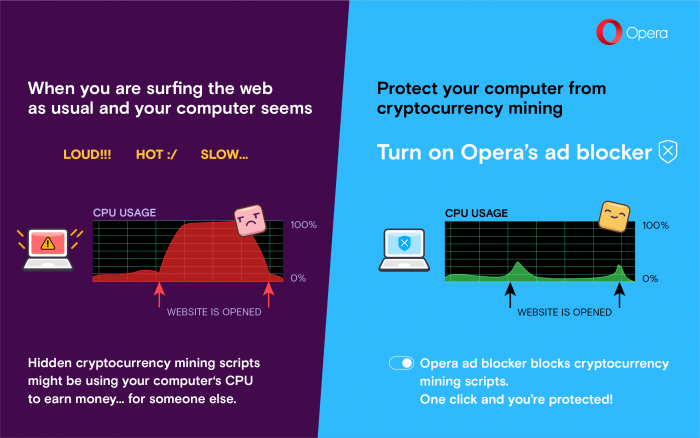 To prevent cryptocurrency mining sites from doing their dirty work on your computer, simply enable Opera's ad blocker. You can also find and change NoCoin in Settings (Preferences on macOS) - Basic - Block ads, under the Recommended lists of ad filters. If you like ads but still want to be protected from Bitcoin-mining, you can simply uncheck EasyList and leave the NoCoin box checked. Voila - you're protected.

Opera has developed a support for Oculus Rift, offering immersive, 360-degree virtual world with just a click. Not only this, Opera has also implemented software decoding path support, so that you don't need to install any extensions to handle VR playback for you, when your GPU does not support YouTubeâ€™s VP8 or VP9 formats. There is also added JavaScript-based detection for a selection of popular web sites - such as YouTube, Facebook or Vimeo - to help out with automatic format detection for the proper playback mode. And lastly, Opera has added a dedicated Exit VR button to stop a VR playback in the Opera VR 360 Player, returning your device to its native home screen.

Chromecast is a streaming digital media player developed by Google. With them you can effortlessly stream content from your browser onto your TV screen or home audio system without having to get tangled in cables every time. Opera 50 now supports Chromecast playback. 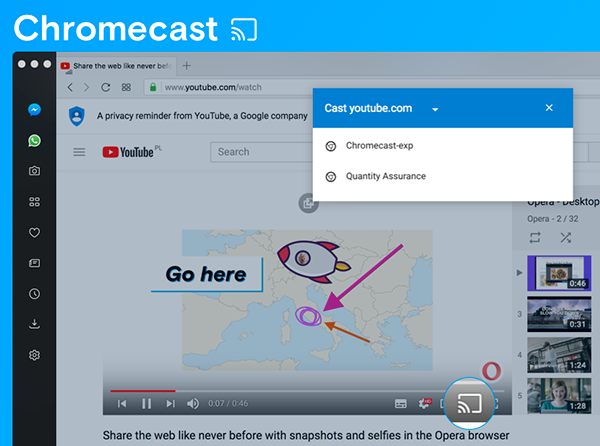 Other New Features in Opera 50

Other New Developer Features in Opera 50