Hooray! Chrome 63 has been released today, a month and a half since the previous release. We already installed it on our machines and here it is, available for all your cross-browser testing needs.

While the importation of JavaScript modules is quite handy - it is static. You can't import them based on some runtime conditions. Since Chrome 63 you can take advantage of the dynamic import syntax, which allow you to dynamically load code into modules and scripts at runtime. It can significantly improve performance or in the most-frequent-scenario - load a script at runtime, when it is needed.

Writing code that does any sort of iteration with async functions can be inelegant. The new async generator functions using the async iterations protocol are not available to help developers streamline the consumption or implementation of streaming data sources. Async iterators can be used in for loops and also to create custom async iterators through async iterator factories.

Slider bars a.k.a scrollbars are smarter than most people might have noticed. Or maybe "smarter" is not the correct word for it, maybe "functional". The smartness comes with features like gesture recognition. It is tricky to deal with functionalities like the "hard reload" for which you have to swipe down at the top of the page. Chrome 63 now supports the CSS overscroll-behavior property, making it easy to override the browser's default overflow scroll behavior. You can use it cancel scroll chaining, disable or customize the pull-to-refresh action, disable rubber banding effects on iOs, Add swipe navigations and more.

We all both like and dislike in the same time those nice and annoying web push notifications asking for permission on page load that can appear to save us from mistaken action or to just frustrate us by their uselessness. Statistics say that actually 90% of those notifications are either ignored or blocked, so nobody really pays attention to them. Chrome 59 addressed this problem by temporarily blocking a permission if the user dismissed the request three times. Chrome 63 for Android will turn those permission requests into modal dialogs. 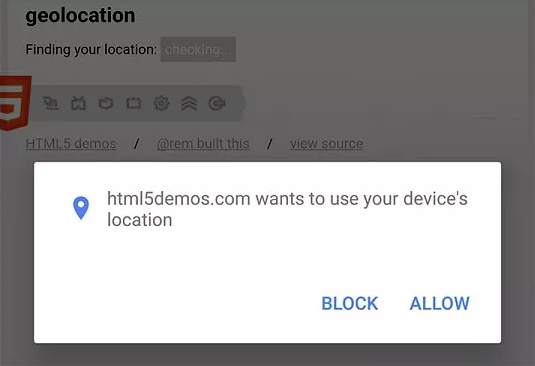 Developer features and updates in Chrome 63

Have a wonderful time cross-browser testing with Chrome 63 and Browserling!