The last release of Opera for this year is here. Say hello to Opera 49 with the anticipated support for VR! Opera 49 is based on Chromium 62. To find out which Chromium version Opera is based on, just add 13 to its version number. By the way Browserling already has Opera 49 installed, waiting for you to test your web applications and websites in it. 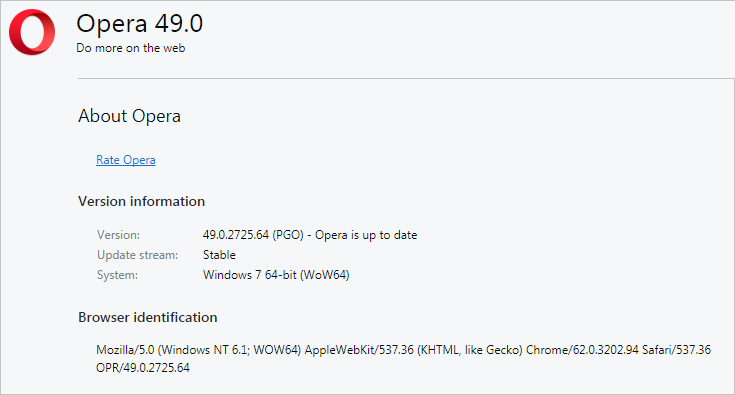 A new wallpapers have been designed to carefully fit your Speed Dial and look good. They can be found in Opera's add-ons page.

Opera 49 has a new tool that allows you to create a snapshot and it has editing features like a selfie camera for adding raw emotion to your screenshot. You can create a snapshot in two ways: directly from the sidebar via the camera icon or by pressing Ctrl + Shift + 5 (âŒ˜ + â‡§ + 5 in macOS). An adjustable frame will appear where you can adjust exactly what you want to capture before hitting â€œCaptureâ€ to create your screenshot.

Opera is now capable of providing support for 360 degree videos for first time in history of browsers. Such videos can be now played directly into virtual reality headsets like HTC Vive and other OpenVR-compatible devices.

When you have just created a screenshot you can now send it to a friend of yours in one of the four integrated sidebar messengers. VK Messenger unites Facebook Messenger, WhatsApp and Telegram. 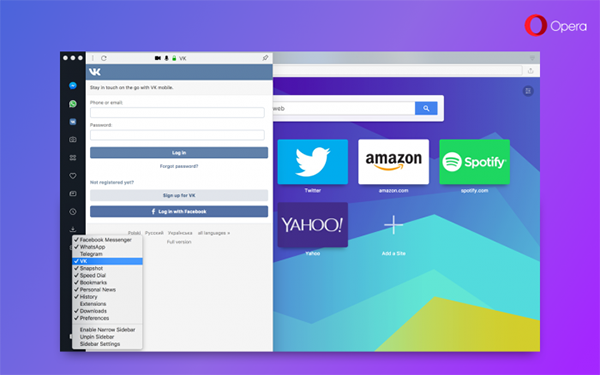 Other New Developer Features in Opera 49

[source] Here are highlights from the changelog of Opera 49: