Opera 48 has been released and installed in Browserling, our cross-browser testing service. Opera 48 is based on Chromium 61. Here is a screenshot taken from within Browserling: 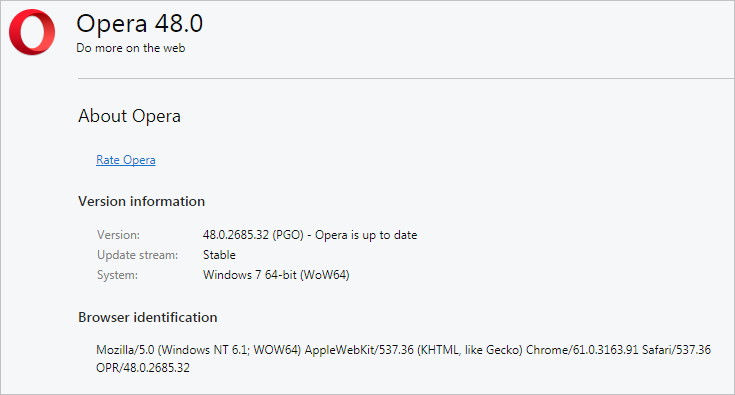 The copy/search popup already has currency conversion (for 32 currencies), but now there is unit and time zone conversion functionality beside that. Just mark (highlight) some currency and the pop-up will appear. Then you can copy the converter value in the clipboard.

Ever wanted to capture the entire web page or just a portion of it? Opera 48 has a new built-in snapshot tool for this very purpose. It can be found in the sidebar, just look for a camera icon. It can also be accessed from the menu.

Opera now allows you to remove unwanted history suggestions in address bar instead of having to dig through long history records. â€œDeletable search or page URLs will have an â€˜Xâ€™ on the far-right end of the entry in the search and address bar dropdown menuâ€.