Opera 47 has been released today for Windows, Mac and Linux. Our browser release detection scripts notified us and we quickly installed it on our cross-browser testing platform at Browserling. Opera 47 is based on Chromium 60. 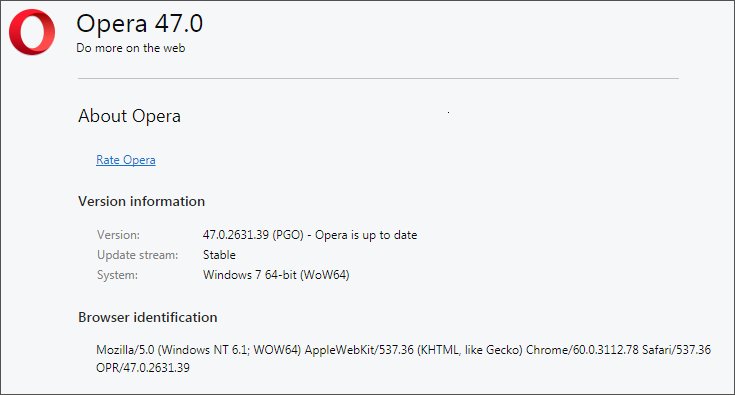 You can now export all of your bookmarks, everything from your Speed Dial, bookmarks bar and other folders is listed in a single HTML file. 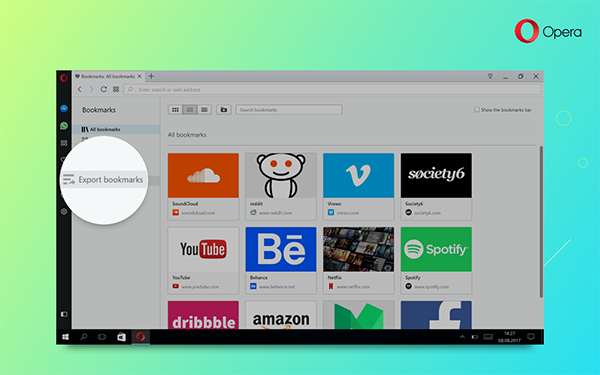 When adding a new bookmark or Speed Dial entry you see the bookmark pop up. It received some bug fixes.

The frequent refresh of news in Opera could be kind of overwhelming for you and the browser itself. To reduce interruptions and decrease data usage, Opera 47 provides a way to set a refresh schedule at two new intervals of 3-6 hours.

Many people often work with many tabs and even many sessions. Although the recently closed drop-down was very useful to them, it had capacity for only 10 recently closed tabs, which was insufficient for many. This capacity has now been expanded to 32.

Everyone should see a smoother video pop-up player in Opera 47 compared to older Opera versions. Windows 7 users that use Aero will no longer see flickering background images when switching between YouTube videos, while macOS adherents will no longer experience broken auto-played YouTube videos when going fullscreen.

The colors and appearances of the interface has been sharpened up also there is a change in the dark theme favicons (the icons associated with a website). They are not slightly lighter.

"Opera features a â€œrisky file protectionâ€ in order to prevent the most scary file types from being downloaded. Opera 47 has been beefed up with .scf files added to the risky file extensions list (for Windows)".

Other New Developer Features in Opera 47

Deprecations and interoperability improvements in Opera 47

[source] Here are highlights from the changelog of Opera 47: