Google Chrome 16 is finally here with a couple of updates and bug fixes. We also installed it on our cross-browser testing platform Browserling so that all of you can use it for your testing needs. 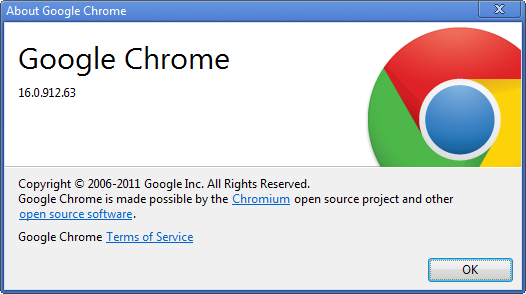 Try it for free here:

Multiple profiles on by default

Chrome 16 introduces the ability to create and sync multiple profiles for a single instance of Chrome. This feature is particularly useful for people who share their computer with others as they will be able to keep their bookmarks, apps, settings, extensions and history separate from everyone else's. In a post at the official Google Chrome blog, software engineer Tim Steele notes that adding new users to Chrome isn't intended to secure your data against other people using your computer. Profiles arenâ€™t password-protected so it just takes a few clicks to switch between users.

Chrome also addresses 15 high- and medium-risk vulnerabilities. The high-risk security flaws include an URL bar spoofing bug, use-after-free errors, out of bounds writes in the V8 JavaScript engine and a buffer overflow in PDF font handling. As part of its Chromium Security Rewards program, Google paid external researchers a total of $6,000 for reporting the bugs.

Have fun cross-browser testing in Chrome 16!