Opera 46 was released today. We just installed it to our cross-browser testing platform. Opera 46 is based on Chromium 59. This new browser release is now available to all users and customers. 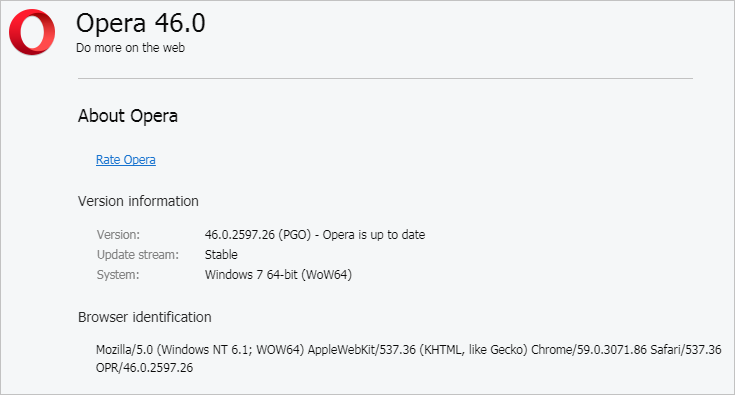 Opera now supports animated PNG, or APNG for short. APNG is a file format that works similarly to GIF. The difference is that APNG is smaller and supports both 24-bit images and 8-bit transparency.

The Service Worker navigation preload API enables the browser to preload navigation requests while a service worker is starting up.

Other New Developer Features in Opera 46

Deprecated and removed features in Opera 44