Hooray! Google has a new release for us - Chrome 14. We rushed to install it on our cross-browser testing platform and we wanted you to be able to try it as soon as it becomes public. 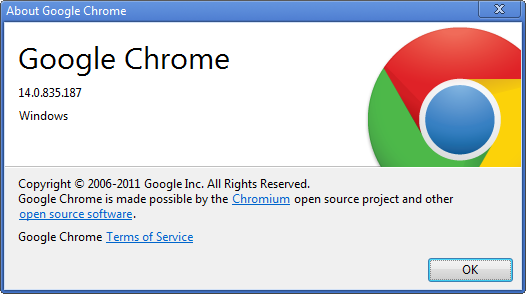 This is one of the top two most-most notable under-the-hood features in Chrome 14. This is a draft HTML5 feature that allows us, developers to use what Google calls "fancy audio effects" in the pages.

Native Client, or NaCl (Looks familiar from the chemistry classes doesn't it?) allow native C or C++ code to run in a sandbox within the browser. As the browsers industry evolves, the demand to easily move desktop applications to the browser cloud increases. So now you see why this feature is useful and will become even more useful in the future.

This feature is more eligible to the users and less to the developers, but as a matter of facts, it is indeed a major change in Google's Chrome 14.

If you are still running Chrome 13, you will receive the Chrome 14 update automatically or you can download it manually from Google's web site. If you don't want to install anything yet still experience the atmosphere in older Chrome versions, or maybe different browsers on different Operating Systems, you can try it out on Browserling via this link - Chrome 14 Live.

Developer features and updates in Chrome 14

Have fun cross-browser testing in Chrome 14!